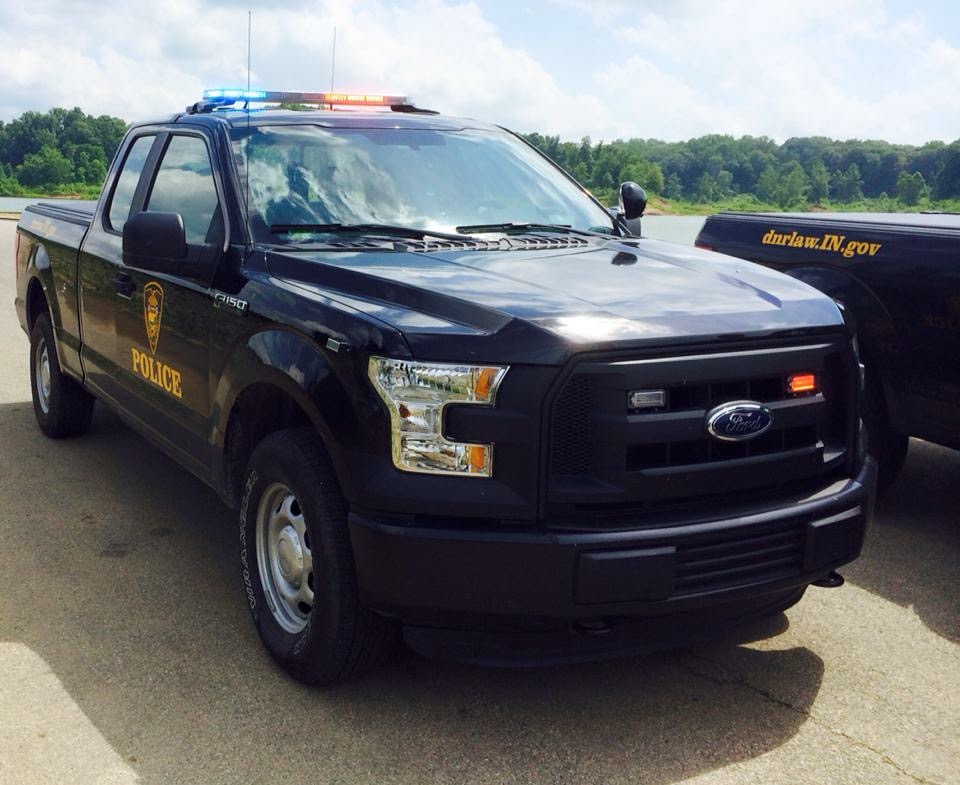 May 23, 2017-Indiana Conservation Officers are investigating a complaint of a possible police impersonator at Kingsbury Fish & Wildlife Area over the weekend.

On May 19 at approximately 11:30 p.m., three teenagers were fishing near the Kankakee River when they were approached by an individual who implied he was a law enforcement officer.

The teenagers said the incident began when a dark colored Ford Crown Victoria with a bumper guard pulled into the area and shined a spot light on them. A white male in his early 20s exited the vehicle and approached them. He was described as wearing dark colored BDU style (Cargo) pants, carrying a holstered handgun and a large knife.

The unidentified person approached the three teens, told them he was responding on behalf of DNR to a complaint of someone shooting a high-powered rifle, and asked to see their fishing licenses.Neither Indiana Conservation Officers Central Dispatch Center nor the La Porte County Sheriff’s Office received a complaint of anyone shooting a high-powered rifle at Kingsbury FWA at any time Friday.

Typically, an Indiana Conservation Officer will conduct a fishing license check but any police officer is authorized to check for a fishing or hunting license. Indiana Conservation Officers assigned to regular field patrol typically drive a fully marked pick-up truck or SUV and wear a complete uniform with a badge and shoulder patches. Officers working in plain clothes will identify themselves by producing a badge and law enforcement credentials.

This is believed to be an isolated incident and the information is being shared for public awareness. If anyone has information regarding this incident, call Indiana Conservation Officers Central Dispatch at 812-837-9536

This site uses Akismet to reduce spam. Learn how your comment data is processed.

Check out AntiqueSmart, a new way to buy and sell old things-always free