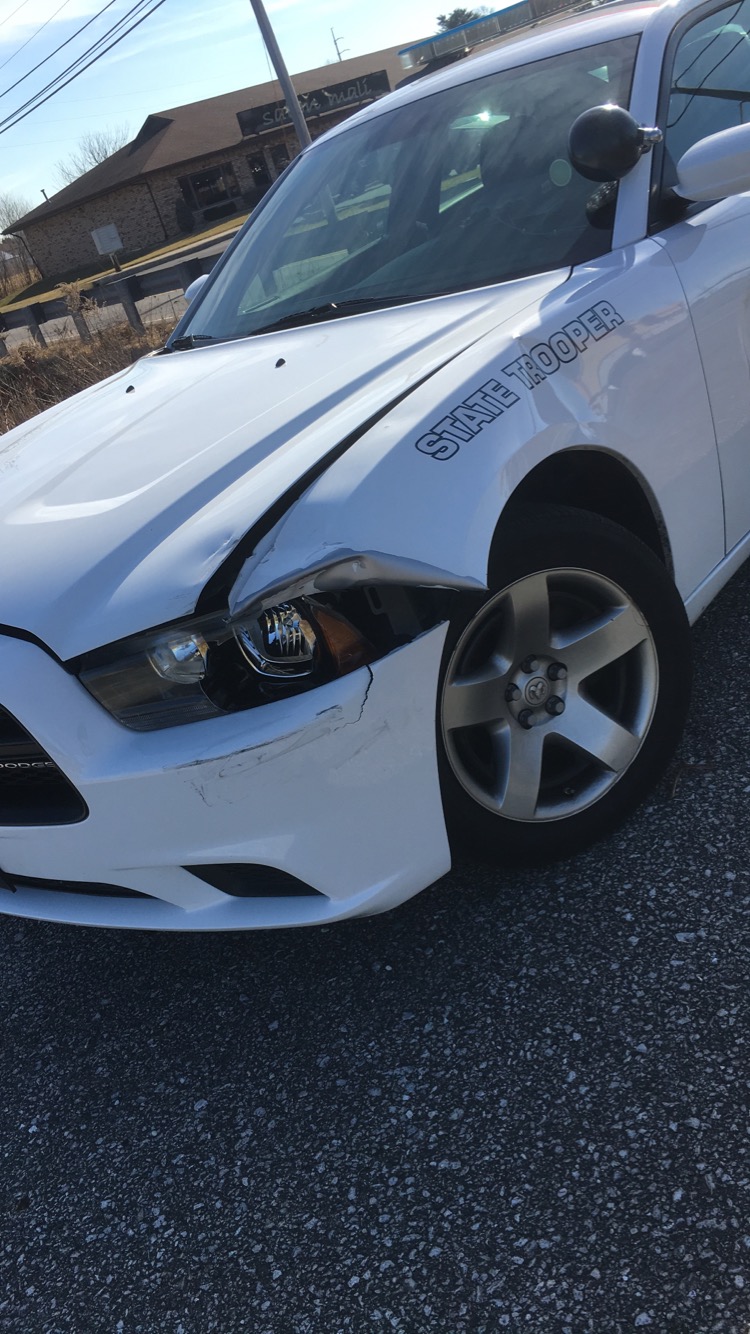 February 2, 2016-A Lake Station woman went to jail, early this morning, after she backed her car into a fully marked Indiana State Police commission.

At approximately 2:42 a.m., this Thursday, February 2, 2017, morning, Trooper Alaa Hamed, was east bound on I-80/90 (Indiana Toll Road) when he exited off the toll road at the Portage exit (23 mile marker). As Hamed came around the blind curve on that ramp he saw a black 2005 Chevrolet SUV make an unsafe lane movement, failed to obey a traffic sign and was going reverse out of the toll booth lane to exit. Hamed pulled into the lane, to block incoming traffic behind him, as this is a blind curve and to initiate a traffic stop. He activated all of his emergency lights as she accelerated in reverse toward him. The Chevrolet SUV then hit the front end of Hamed’s police car.

Hamed approached the SUV and observed a single female inside, later identified as Shauna Davis, 38 of Lake Station. Neither Davis nor Hamed were injured in the crash. Hamed detected an odor of an alcoholic beverage and noticed Davis was impaired.

Trooper Mark Price arrived to take the crash report and observed burnt marijuana in the ash tray cup. More marijuana in a plastic bag and paraphernalia was also found in the SUV. While Davis was at the hospital she became combative and had to be physically held down. Davis tests results came back positive for alcohol B.A.C. of .18% and results are pending from toxicology for a controlled substance.

Davis was transported to Porter County Jail in Valparaiso and charged with: Operating While Intoxicated (OWI) Endangerment, Resisting Law Enforcement, OWI .15% or above, OWI Substance (THC), Possession of Marijuana, and Possession of Paraphernalia.

This site uses Akismet to reduce spam. Learn how your comment data is processed.

Check out AntiqueSmart, a new way to buy and sell old things-always free